In 1965, Miller surveyed 431 villagers in leadership roles in three different regions of Tanzania. Miller distributed a questionnaire with more than 100 questions about economic status, social views, and political knowledge. Responses were collected with the help of a translator. This data was never fully analyzed, as the original IBM data cards were damaged in a flood. They were recently recovered through the efforts of a computer museum in California, and are available herein for further study.

In 2005, Miller’s daughter Amy Miller Eberhardt returned to the villages where the original Leadership Survey of 1965 was conducted. Her aim was to conduct a timeline depth survey, using information based on the 1965 Leadership Survey. The overall objective was to compare and contrast the state of affairs with respect to socio-cultural, political, and economic processes and attitudes at the grassroots level.

The socio-economic survey of rural farm heads of family and rural leaders of different occupations was done in three geographically and politically diverse districts in Tanzania shortly after the nation’s independence in 1963. Some 435 individuals were interviewed in depth by the author and three research assistants.

The socio-economic survey (SES) questionnaire was divided into two parts: in part one, the socio-economic profile of individual family heads, including personal data on age, education, religion, income, farm size and other questions; in part two, a large number of questions on personal knowledge, attitude, and practice (KAP) in the political and economic spheres. There were 180 questions in total. Political attitudes were particularly important as the survey was done shortly after the end of the colonial era and new ideological, administrative, and political changes were underway.

Some preliminary analysis of the survey data has been done using the statistical language “R.”  See attached file “Example Analysis for 1965 Village Leadership Survey – Tanzania” as well as the accompanying R code (“Code for example analysis.Rmd”) which can be used for further analysis.  R is freely available for download under the following link: http://www.r-project.org/

This welcome letter serves as a table of contents and guide to this database. 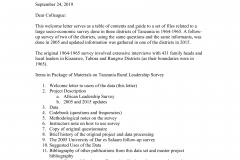 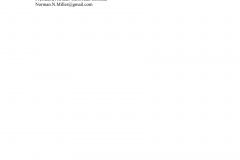 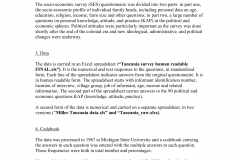 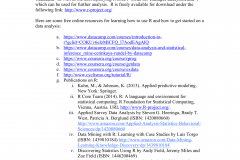 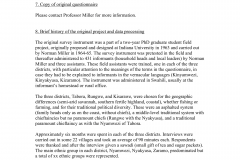 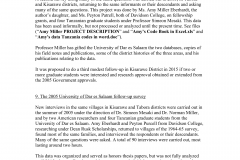 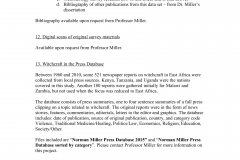 Paper: The Relationship between Witchcraft and Religion in Tanzania (1965) – Wheelan

Katrina Wheelan’s preliminary analysis explains the relationship between belief in witchcraft and several factors including age, location, economic status, economic mobility, leadership role, years of education, literacy, and religion. The central thesis is that religion is the most important factor in determining belief in witchcraft. Below is a sample of how the database can be used: