Norman Miller visited an Mbuti village in the Ituri forest, Eastern Congo on April 11th, 1960. The Mbuti are one of several so-called pygmy groups in the Congo basin. The term “pygmy” refers to their short stature and is considered pejorative by some, who prefer to be identified by their ethnicity. The trek into the forest was arranged by a missionary doctor during a health visit (1, 2). They were the guests of the village chief who arranged a drumming and hunting demonstration (4-10). The day included a traditional dance and visit to several homesteads, with demonstrations of utensils, tools, smoking pipes, combs, and animal pets (10-22).

Prior to this, a Belgian trader and artifact collector Jean-Pierre Hallet, introduced Miller (9, 15, 22, 23) to the missionary, Dr William Becker (24) Hallet (25) escaped from the eastern Congo shortly before the upheaval following independence and the killing of Patrice Lamumba went on to become an art dealer in California.

For more information on the people of the Ituri forest, see the writings of Colin Turnbull. 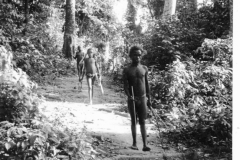 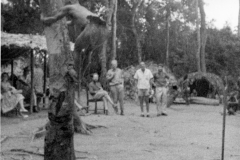 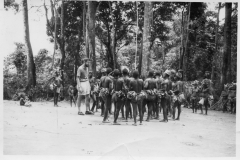 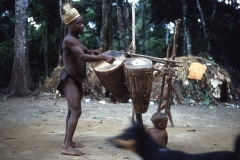 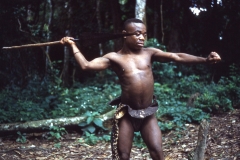 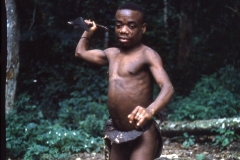 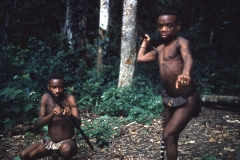 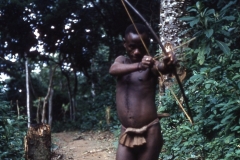 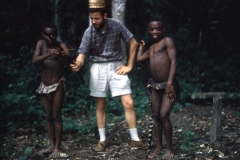 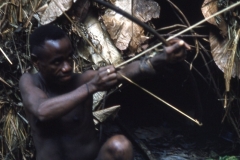 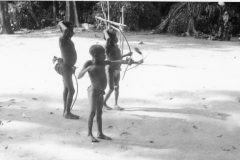 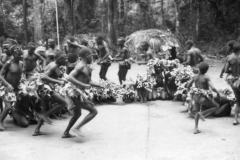 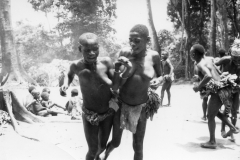 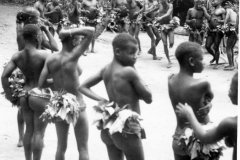 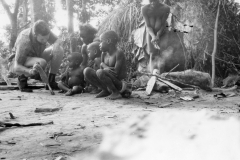 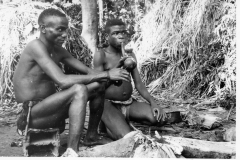 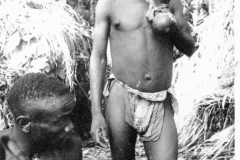 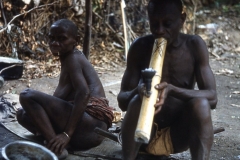 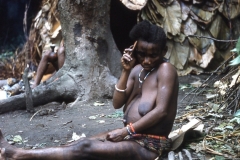 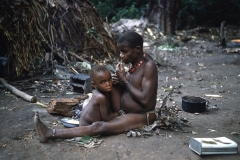 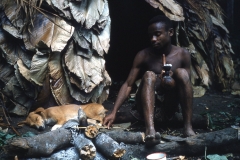 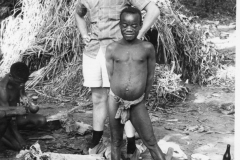 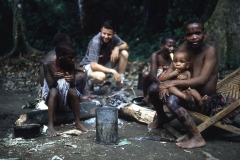 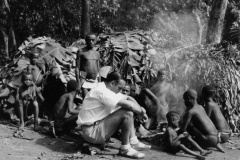 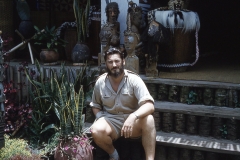